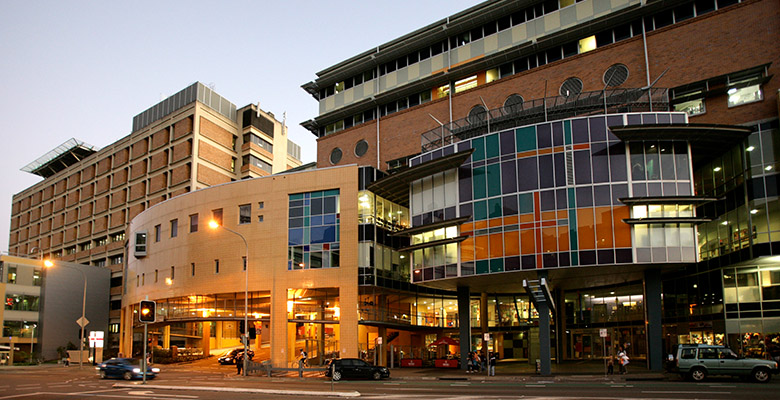 Wednesday 27 November 2019 saw a large number gather in Aubigny at Mater for a farewell Morning Tea in honour of a highly respected colleague and friend, Mrs Robyn Rodwell. Robyn has served in the Pathology Department for many years, and it was noted that she is the longest-serving employee in the history of the Mater (not including the Sisters).

Robyn began as a junior cadet in the Haematology Department and went on to hold the position in charge of Haematology after the retirement of Sister Patricia Reordan rsm. Robyn’s many accomplishments during her career were outlined by former Laboratory Manager, Mr John Gilmour.

Robyn established what has become known as the “sepsis score” in blood counts which has been very successful in predicting infections in new-born infants, therefore enabling early treatment. Prior to this several babies died from infections which were diagnosed too late. This work was the subject of Robyn’s doctoral thesis. Robyn went on to establish and lead the first Cord Blood Bank in Queensland with the ongoing financial support of the Mater Foundation and groups such as Lions and Rotary. Robyn herself took on a large part of the fundraising by addressing meetings across the State.

Robyn has also contributed her expertise over many years in the assessment of haematology laboratories across the country (NATA – National Australian Testing Authority). John also spoke of Robyn’s humility in all of her achievements, and of her incredible work ethic.

Former worker in Biochemistry, Mrs Robyn Manko, paid tribute to Robyn’s personal qualities, her loyalty to the Mater, her patience and kindness in teaching new staff, her vision and energy in all her endeavours, and her deep and lasting friendship.

In reply Robyn Rodwell was high in her praise of all her superiors and co-workers in each phase of her career, saying all that had been achieved was a team effort. She thanked everyone for coming, all who had supported her along the way, and for their gifts and good wishes. Many stayed on to enjoy the refreshments and to share stories and experiences of their days at Mater.