Recently McAuley College, Beaudesert (the newest secondary school in the Brisbane Archdiocese) celebrated its inaugural Opening Mass.  The Mass was held in ‘The Oakland Shed’ in the grounds of the school with buildings still under construction. The setting of the open shed provided a panoramic view across to the mountains. The Principal, Mrs Deidre Young proudly welcomed staff, students, parents and the wider community of parishioners and invited guests. In its first year, the College has approximately forty year seven students and they were acknowledged as the inaugural student group. Students and staff participated in the Liturgy with much enthusiasm.

Fr Michael McKeaten, Parish Priest and celebrant of the Opening Mass told those gathered that the chalice he had used during the Mass had a special significance for the Parish and for the College as it was the Chalice that was used for many years in the Convent Chapel, donated to the Sisters of Mercy by one of the early pioneering families of the Beaudesert district. 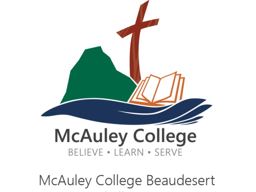