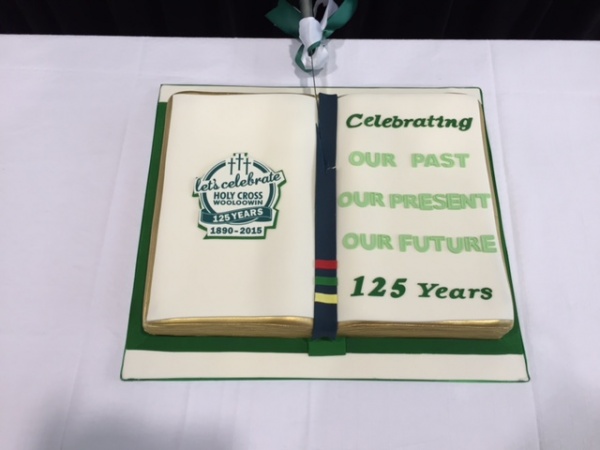 On the morning of Sunday 13 September I attended a Commemorative Mass which was held to celebrate 125 years of Catholic Education in the Lutwyche Parish. The Mass was held at the Holy Cross, Wooloowin and was followed by a ‘pilgrimage walk’ through the grounds of the Holy Cross Primary School established in 1890 by the Sisters of Mercy, Brisbane.

At the beginning of Mass, at which Archbishop Coleridge was the celebrant, each quarter of a century across the 125 years was represented by a symbol.  There was a photo of Catherine McAuley, the Australian flag, a picture of the new 1958 school building, a symbol of the ‘special education unit and the Holy Cross School banner. Each symbol was processed through the community by a present student.

The Archbishop in his homily linked the readings from Mass, especially the Gospel from Mark and second reading from James, with the theme of discipleship – to follow Jesus. As the school’s motto says so simply ‘With God for Others’ also served as a reminder for those gathered  to walk in God’s way and share love with one another.

The pupils participated enthusiastically throughout the Mass proudly taking on various roles as readers, altar servers and as members of the choir.

At the conclusion of Mass all present eagerly walked the historical pilgrimage trail that invited the pilgrim to walk in memory of all those who have gone before you. The ‘pilgrimage’ addressed 10 key moments in the School’s story, such as the Heritage Hall, the Foundation Stone and the Peace Garden. It was nice to stop at each post, note the special moment in time and reflect on its meaning for the school community.

It was an engaging celebration and the inclusion of a musical display from the band and choir added to the celebratory atmosphere.  After the formal speeches in the covered area guests were treated to a magnificent cake, emblazoned with the Words “Celebrating 125 years | Our Past, Our Present, Our Future”.

Sisters gathering around one of the reflection spaces 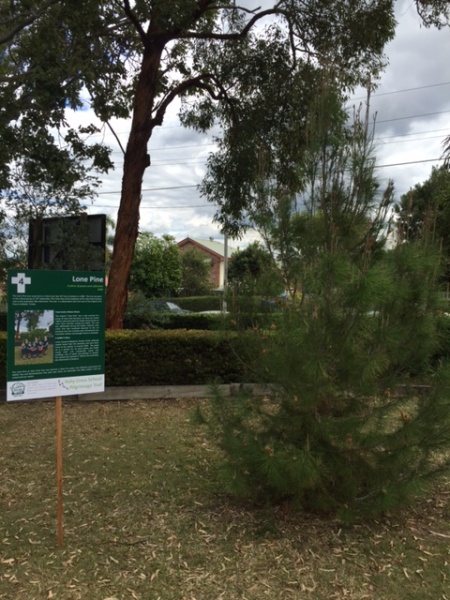 One of the pilgrimage stations, Lone Pine, where a seeding gifted to students while in Canberra has now grown