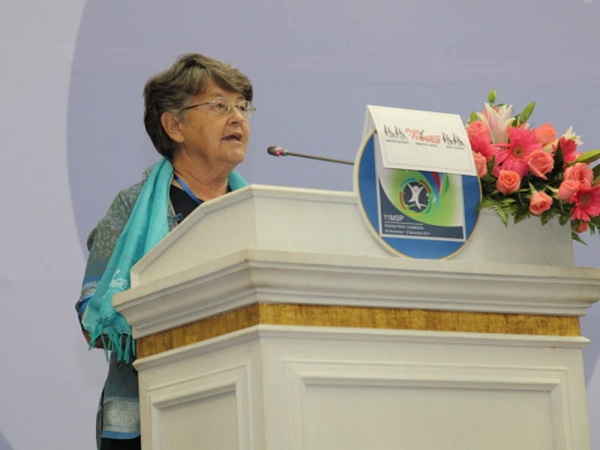 Thirty five years ago Pedro Arrupe sj, a man of great spiritual depth and committed to justice, founded the Jesuit Refugee Service as a response to boat people fleeing Vietnam and Cambodia.  To mark the anniversary, JRS USA has chosen to have an award dinner and honour three JRS team members. Denise Coghlan, a member of the Sisters of Mercy, Brisbane Congregation is one of those being recognized. In Denise’s own words, “amazingly I am one of them and will travel with Srun Sony, our wonderful social worker for 20 years, to New York for an award dinner on 1 December”. Sr. Denise has served the displaced in Cambodia for the past 25 years, being one of the founding members of JRS Cambodia. She serves asylum seekers and refugees who seek protection in Cambodia, including the Montagnard who are not yet registered for the refugee status determination procedure, and stateless Rohigya and ethnic Vietnamese people. 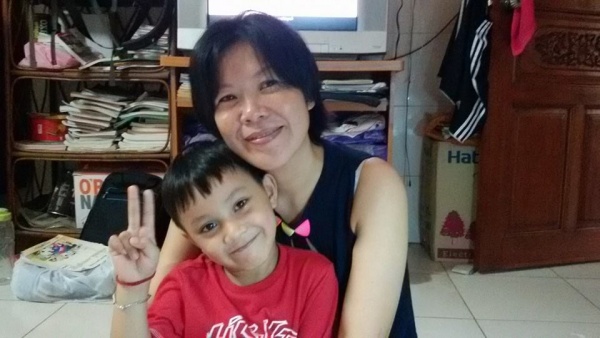 A Sister of Mercy and a native Australian, Sr. Denise is internationally recognized for her efforts to ban landmines and cluster bombs. She played a key role in the work of the International Campaign to Ban Landmines (ICBL) that led to the 1997 Mine Ban Treaty, an achievement for which the group shared the Nobel Peace Prize. She sits on the ICBL-Cluster Munition Coalition Governance Board, which advocates for universal acceptance of the treaty, survivor assistance, mine clearance and the monitoring of international law.

Sr. Denise began working for JRS in 1988 in the refugee camps in Thailand near the Cambodian border – one of the most heavily mined areas of the world. Each day she met many people with missing limbs blown off by landmines, an experience that moved and inspired her to become actively involved in the international campaign to outlaw the weapons.

In 1990, JRS and Sr. Denise moved into Cambodia to promote reconciliation and peace in the wake of the brutal Cambodian civil war. An early JRS program was to bring together people with disabilities – many of whom were former soldiers and enemies from the conflict’s four factions who had lost arms, legs and eyes from landmines – for vocational training, and to help them serve as teachers in society.

Based at the Mindol Metta Karuna Reflection Centre in northwest Cambodia, Sr. Denise coordinates programs there helping visitors reflect on the challenges in Cambodia through the eyes of the poor and the lens of interfaith. Outreach activities to improve the quality of life and the protection of rights of people with disabilities in remote areas radiate from the center.

Sr. Denise previously was part of a pioneering Sisters of Mercy group that founded the first high school for girls in Papua New Guinea’s northern region, and also worked in adult faith education in the Brisbane Diocese of Australia.

In 2008 Sr. Denise was awarded the Order of Australia for service to international humanitarian aid.

“I enjoy my work and am pushed by the love of the team and the people we encounter,” Sr. Denise said. “I want the just and loving world God desires for us and I enjoy being part of making it happen.”