Building a Narrative of Decency

Did you know that Asia Pacific is home to around 40 percent of the world’s stateless people? A big part of that population comes from the nearly a million Rohingyas who have been displaced from Myanmar since the latest round of violence in 2017. Statelessness is also threatening hundreds of thousands of refugees and asylum seekers who are languishing in limbo in this region because the door to resettlement is practically closed now. This is not to mention the hardship and suffering of migrant workers who are forced to overstay just to pay for agency fees and loans. As statelessness cuts across a variety of migrant populations, it really poses a bigger question: how can civil society respond to this growing concern?

That question framed the regional workshop on refugees, migrants and stateless people that was organised by the JRS Cambodia in Siem Reap on November 28 to 30 November. Around 60 participants from various organisations in Asia Pacific took part in this engaging workshop. “I had had this workshop in mind for a while and then came the launch of the Global Compact on Refugees and Migrants. It was a perfect timing,” explained Sr Denise Coghlan of JRS Cambodia as to the origin of this event. The Global Compact for Refugees (GCR) and its equivalent for Migrants (GCM) are initiatives that came out of the 2016’s New York Declaration for Refugees and Migrants. They lay out two separate but related frameworks for nations to respond to large movements of people that are happening in the world at the moment. 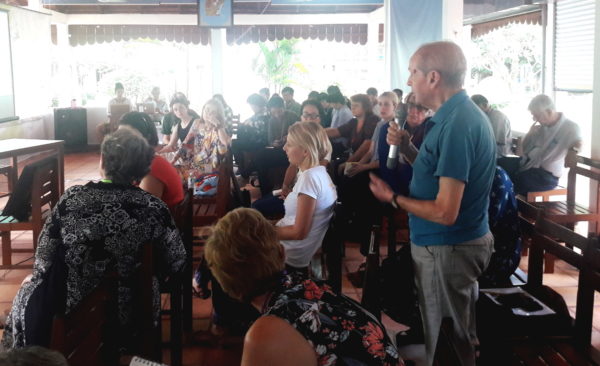 Over the course of three days expert speakers helped the participants to understand some of the most pressing issues of migration. High on everybody’s mind was the plight of the Rohingyas. A long history of exclusion and discrimination was made worse by conflicts between rebel groups in the Rakhine state and the Burmese government. The nascent political regime in the country struggles to manage this situation in a way that respects human rights. Furthermore, this conflict unravels in a territory that attracts the interests of Myanmar’s powerful neighbours for its economic and strategic values. The Rohingya population was caught up in these cacophony of forces and became an easy target of violence. Human trafficking and smuggling, statelessness and labour exploitation are threatening these people as they flee to Bangladesh and other countries in Southeast Asia.

Large movements of people for fear of persecution and for the betterment of lives have challenged international relations in recent years. Protracted conflicts, economic failures and climate change drive people out of their countries of origin and put a lot of strain on the resources of host countries, which may not be in a better position themselves. The two global compacts help bring nations together to share this responsibility and create compassionate responses. This is indeed a tall order as hostility towards refugees and migrants is growing. 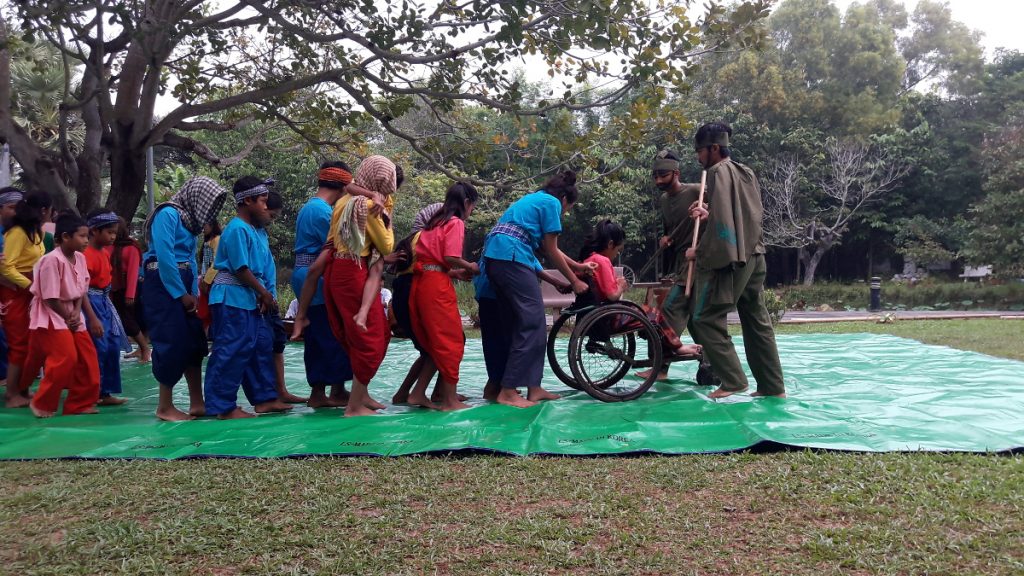 So, what can we as a church and Jesuit organisations do to respond to this? Alistair Boulton, the special assistant to the UNHCR Asia Pacific, in his talk emphasised the contribution of faith-based groups in creating a narrative of decency like the one propagated by Pope Francis. “I am not religious in any way but Pope Francis really impresses me with his call for action on refugees,” he said. Putting humanity first in welcoming refugees and migrants and ending discriminatory and inhumane ideas and practices in our own institutions would further enhance the role of the church in society.

Pope Francis through the office for migrants and refugees has also endorsed the two global compacts and encouraged church institutions to use them creatively in pastoral and advocacy works. Naoko Maruyama, the East and Southeast Asia’s coordinator of the Vatican’s migrants and refugees office, highlighted four key verbs that should serve as the foundation of our response i.e. to welcome, protect, promote and integrate migrants and refugees.

The workshop was opened with a beautiful dance by children of the Battambang Prefecture, depicting the resilience and faithfulness of ordinary Cambodians through years of suffering until they found peace. The closing ceremony followed the Buddhist tradition of blessing and the participants performed a send-off for Carolina Gottardo of Jesuit Refugee Service Australia who was going to participate in the UN conference in Marakesh to adopt the Global Compact for Migration on 10-11 December 2018.